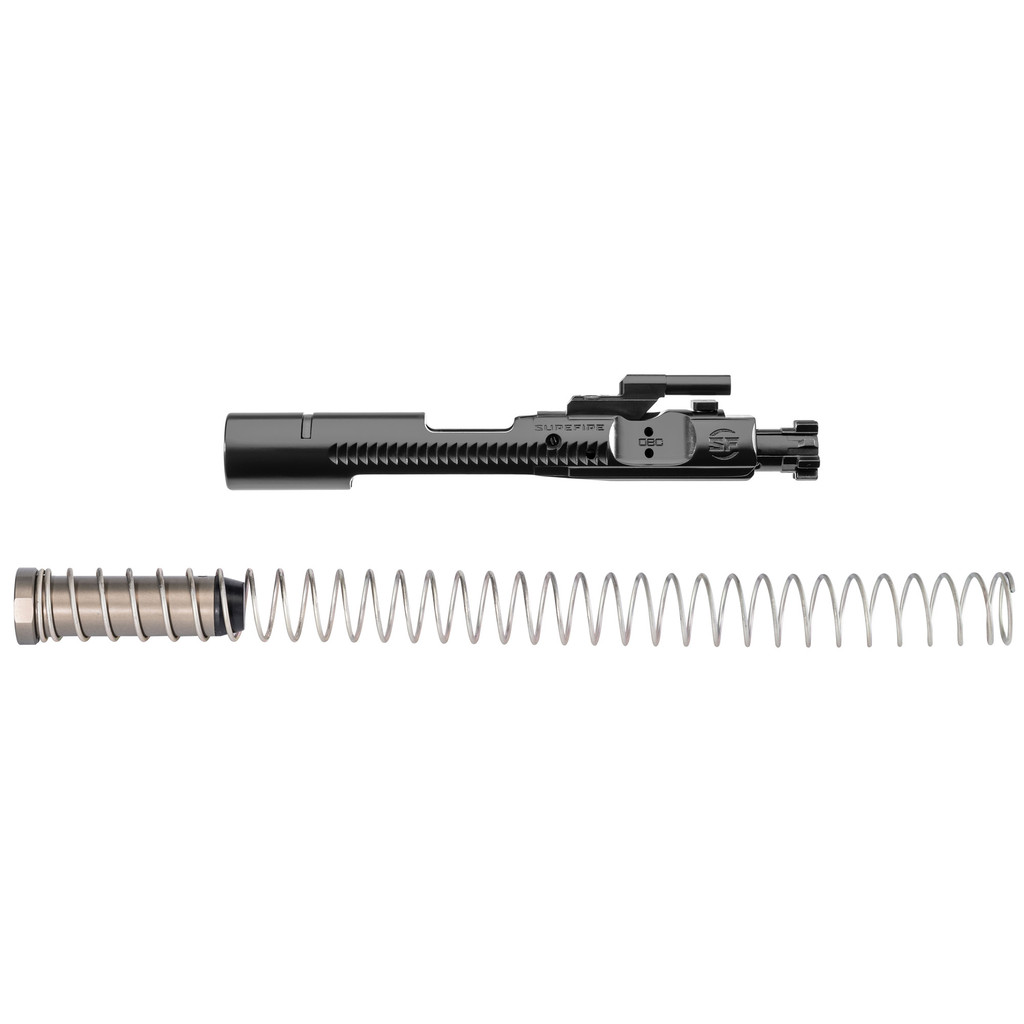 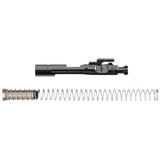 The SureFire OBC is designed to greatly increase the reliability of an M4/M16/AR variant during both unsuppressed and suppressed firing. The OBC comes as a package with the OBC bolt carrer group as well as buffer and buffer spring. This patented design makes numerous improvements to the standard Mil-Spec full-auto bolt carrier group starting with delayed unlocking of the bolt during the firing sequence. This delayed unlocking is a result of a lengthened cam pin slot and our neutrally balanced counterweight. This delay allows expanding gases more time to exit the bore, lowering chamber pressure by 15%, which not only reduces wear and tear on parts, but also reduces back-pressure gases exiting the ejection port.

Next the shortened gas carrier key in conjunction with shorter buffer allow a 60% increase in stroke. This increase in stroke gives the magazine more time to feed, which can be essential as gas ports erode and magazines become dirty from austere environments. This additional stroke also provides smoother and more reliable feeding due to increased inertia when the OBC picks up a round from the magazine.

The previously mentioned neutrally balanced counterweight works three times in the cycle of operation. First the counterweight delays unlocking, as mentioned before. Secondly, the counterweight keeps the carrier group to the rear for additional time, allowing more time for reliable feeding of ammunition from the magazine and nearly eliminating bolt-over-base malfunctions. Lastly, this counterweight improves carrier and barrel extension lock-up, nearly eliminating bolt bounce. The OBC also reduces felt recoil, allowing for better tracking of sights and more control of the weapon when firing. Coated with an advanced anti-friction coating, the OBC resists friction during use and makes cleaning easy. For the ultimate in reliability, choose the SureFire OBC.

Be the first to review this product.

VLTOR A5 Spring and Buffer Kit

Create an account with us and you'll be able to:

Fill in your email below to request a new password. An email will be sent to the address below containing a link to verify your email address.